Adventures and Misadventures in Writing and Life

It’s the wrong place, Marjory told herself. There’s no one here, it’s abandoned. Maybe that cab driver Rusty sent me here as a joke, or worse for some kind of malicious intent. She shivered in the growing cold. A light snow started to fall. She passed a Motel 6 on her way. Take the loss and head back over there, she told herself, if only I could remember the way. Her long sigh came out as a stream of hot air against the cold night. She rubbed her hands against the inside of her trouser pockets. And just as she was about to turn and lug the suitcase back down to the street she heard something from the other side of the door.

Muttering, a deep male voice, she couldn’t make out what he was saying. And shuffling footsteps. Her heart leaped as she composed a smile on her face. The door opened slowly and there on the other side was not a man at all, but a woman. She was large, with brown hair streaked with gray. The skin on her face was slightly pocked and her brow was furrowed. She stood looking down at Marjory and her suitcase and didn’t say anything.

“Erm, hello.” Marjory said, trying to keep the smile on her face.

“Well no, I don’t believe I am.” The woman was looking just as impassible as the closed double doors. Then she remembered, “Rusty sent me!”

“Rusty?” The woman screwed up her eyes in concentration, her pudgy hands were stuffed into her front pockets and she rocked back and forth on her heels. “Oh Rusty. Right, well what’d he send you here for?”

“The thing is, I need a place to stay, and I don’t have much money.”

The woman looked at the large suitcase suspiciously.

“I understand. And I’m willing to pay.”

She sighed, withdrew a hand and ran it over her chin and a few gray whiskers. Finally she took a step back and motioned for Marjory to step inside. She did gratefully, and struggled to maneuver her bag across the threshold. But when she did, she was welcomed by a wash of warm air and a whiff of food. Something with tomatoes she thought.

In the middle of her eyes-closed-bliss the older lady interrupted. “We got rules here at the Douglas House and I’m gonna tell you what they are.”

The two women were standing just on the other side of the closed door. It was a rather dark hallway, with bare walls and a single floor lamp by the entrance. It was quiet, but now that she was inside she could hear a slight din coming from down the hall.

Marjory gulped and nodded in agreement. The woman was back to rocking on her heels. She eyed the suitcase again. “The rate is going to be 10 dollars a night, non-negotiable. That includes one hot meal a day. Not two, not even one and a half. That’s one hot meal. You’re on your own for the rest. Supper starts at five sharp. If you’re late, you don’t eat and unlike AT&T they don’t roll over, so don’t even try.”

Marjory nodded again and shifted her weight. Her fingers were starting to thaw and now in place of numbness was a painful tingling sensation. She wiggled her toes inside her shoes. She glanced at her watch, 5:15. No wonder the woman was so grumpy, she must be interrupting supper.

“Next, these are shared accommodations. That’s one room for men, one for women. You can choose from any open bunk. You keep your possessions under your bunk and we are not responsible for any lost or stolen items, so you best keep an eye.”

The woman started ambling slowly down the hall, stopped and motioned Marjory to follow. “Well come on now, my dinner’s getting cold.”

Marjory received the abbreviated version of the grand tour, including the kitchen, mess hall, sitting room, the women’s dorm and the bathroom. The inside of the building was dark with sparse lighting throughout except in the mess hall. There, fluorescent bulbs lit up two long tables which were packed with people of all shapes, colors, sizes happily stuffing their faces. Marjory’s stomach growled audibly and the large woman looked down at her.

“Well no wonder. It sure doesn’t look like you eat anything for how scrawny you are.”

Marjory shrugged her shoulder and waited to be invited into the mess hall. She didn’t see any open chairs. The older woman patted her stomach.

“Well, I’m going to get back to my dinner now, long as it’s not too cold. I already told you the rules, so you know you’re late for supper tonight, means you’re on your own. But there’s a cheap bagel shop right down the block. Just no eating in the dorms.”

Marjory nodded and turned to go when the woman stopped her with heavy hand on her shoulder.

“Shoot, how rude of me, not even introducing myself. My name’s Lucy, but you can call me the boss.”

“Pleasure to meet you Lucy. My name’s Marjory.” 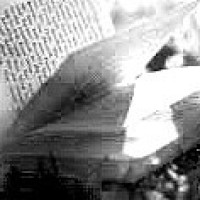 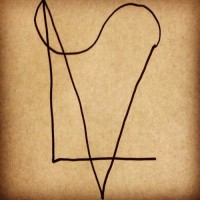 By writers, for writers. for over 30 years in Western Massachusetts

Just another human being who's trying to reach new levels of consciousness.

A relaxed Blog about myself, concerning my observations and experiences in life.

A bucket list blog: exploring happiness, growth, and the world.

Writings of a Mrs

Follow my journey to writing, Blogging and publishing my musings..

what if poems could be symphonies, and people their orchestra?

Musings of a Hopeful Writer

THE BEST OF POETRY